Sunrise, at Awendaw Creek was fabulous. It wasn’t long, though, before we were inspired to pull up the two anchors on our Gemini sailing catamaran and make progress to Wacca Wache Marina and K-Rae’s Restaurant which is a bit beyond Georgetown SC.

Boat traffic was mild and the scenery a variation on what we’d enjoyed for the past two days. 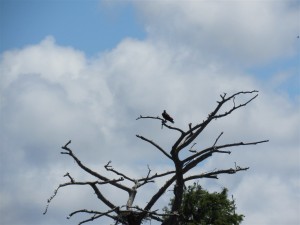 When we exited the ICW to Winyah Bay the wind was favorable. Thank goodness for a small speed boost as we were against the ebb current all the way passed Georgetown. We were able to use the jib sail on our Gemini catamaran until the sharp easterly turn near Georgetown Landing Marina

We smiled as we passed the small creek in which we had hidden from harsh winds back in November. Other than swatting flies, the day was pretty tame. 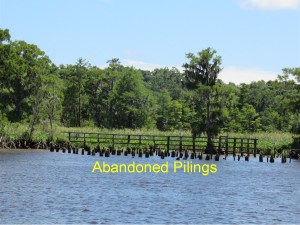 Late in the afternoon the Wacca Wache fuel dock appeared just around a bend in the ICW. It’s a great place, but one where currents run strong (as much, or more so, than in Beaufort SC).

Fuel dock looking back toward Georgetown

Once fueled, we moved the boat and spent the night on a floating dock. 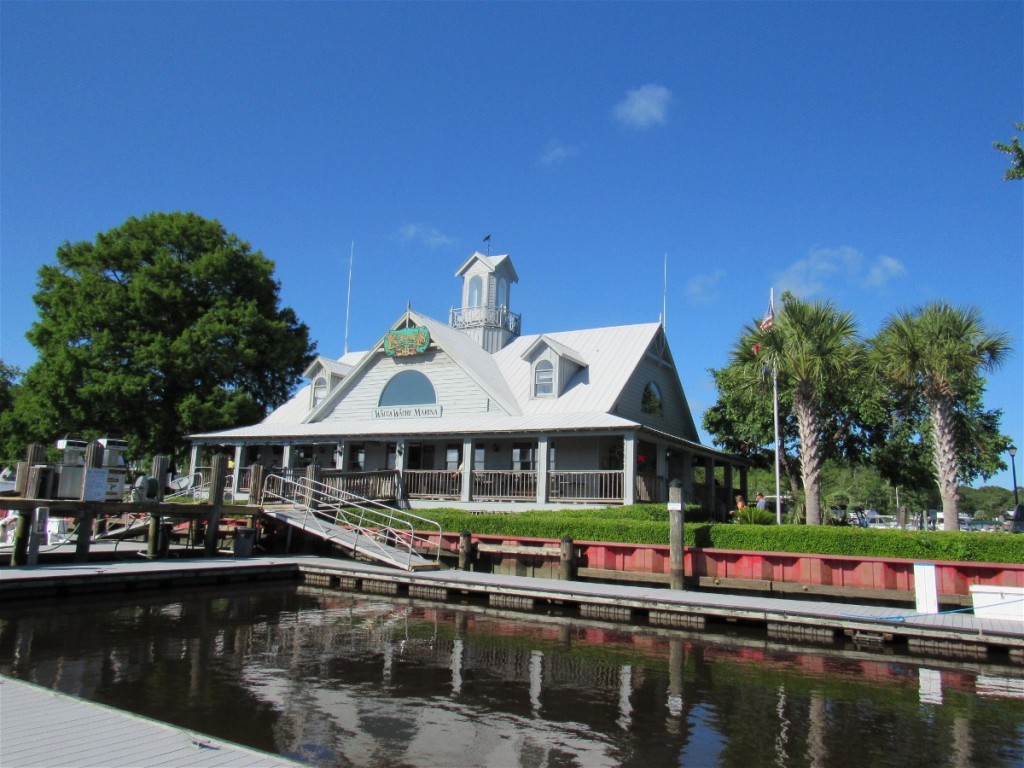 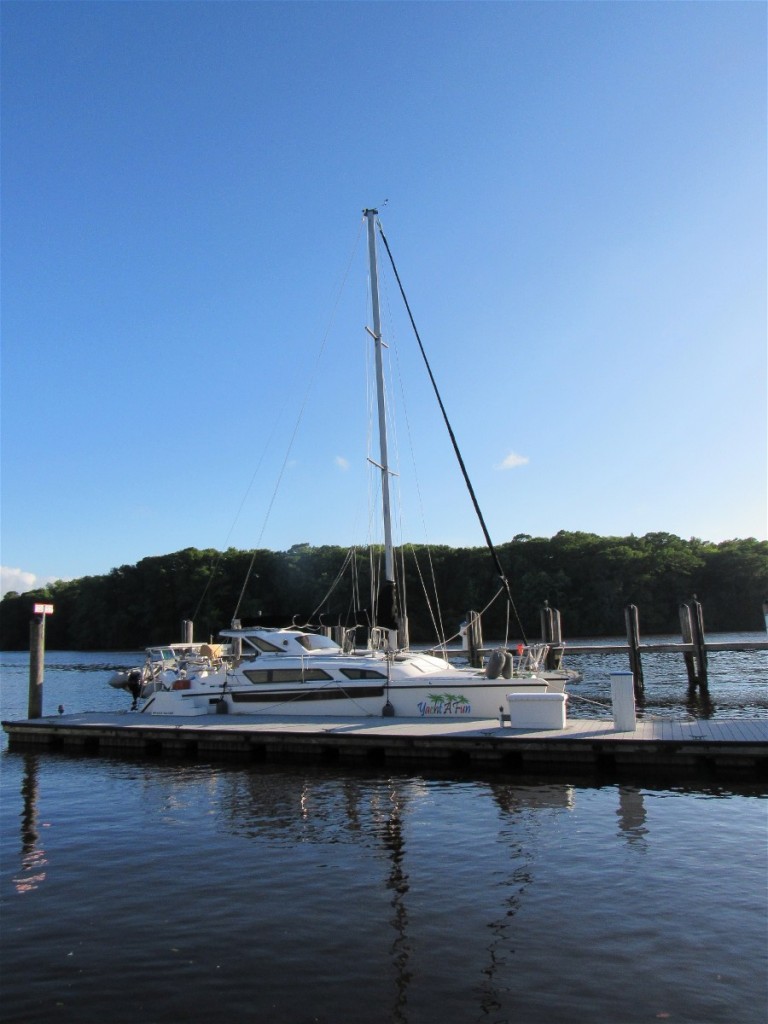 Zoey had been below and asleep. Once we were docked and tied up, though, she was ready to go for a dog-walk to grass. 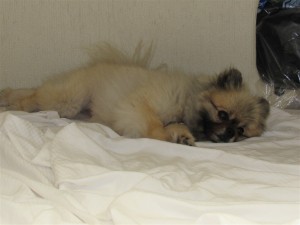 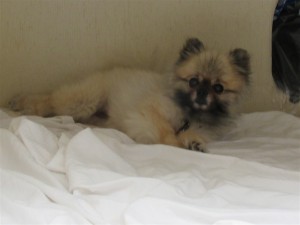 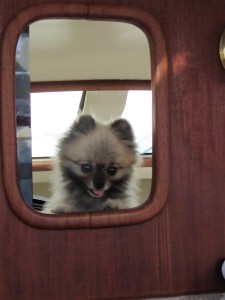 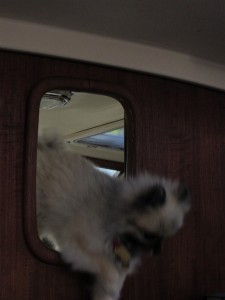 Afterward she loved on her stuffed bear. The bear is about loved out, but we just can’t toss it out- she loves it so much!

While Zoey loved her bear, David, Diann, and I had a couple of cold ones before taking long showers. 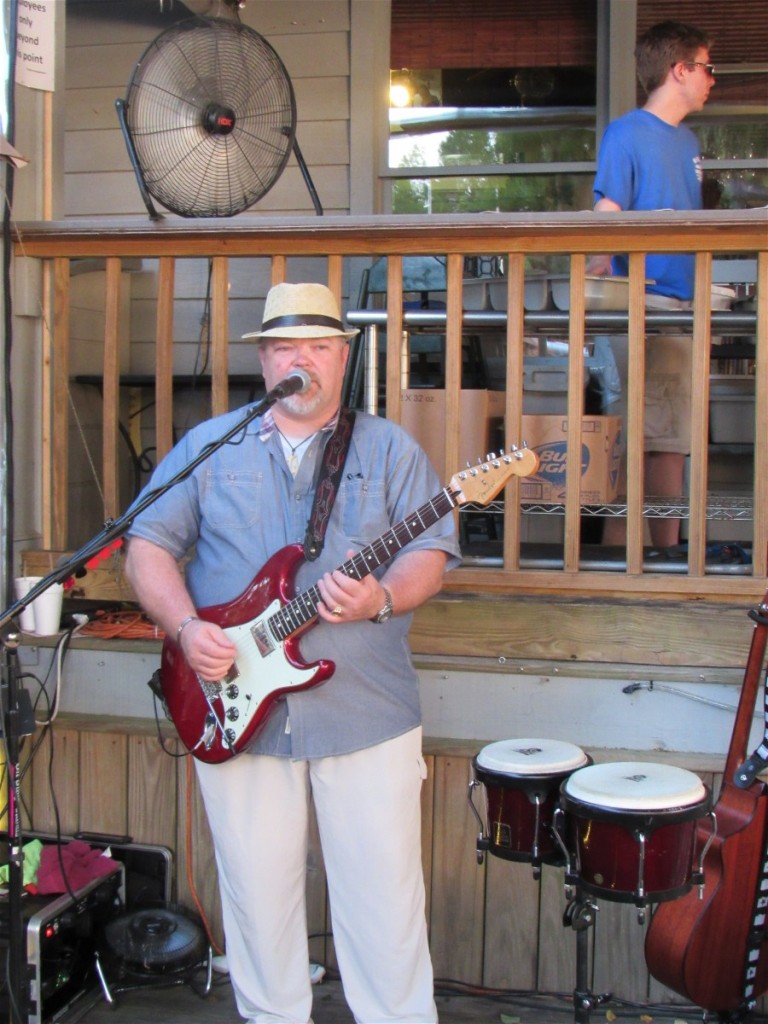 Dinner at K-Rae’s Restaurant at Wacca Wache  was with live music. The three of us had fish & chips with additional cold beer. Darned good! What a relaxed evening after a long day.

The next morning was to be an early one to take advantage (rather than fight) the current. This barge passed the docks before we departed. 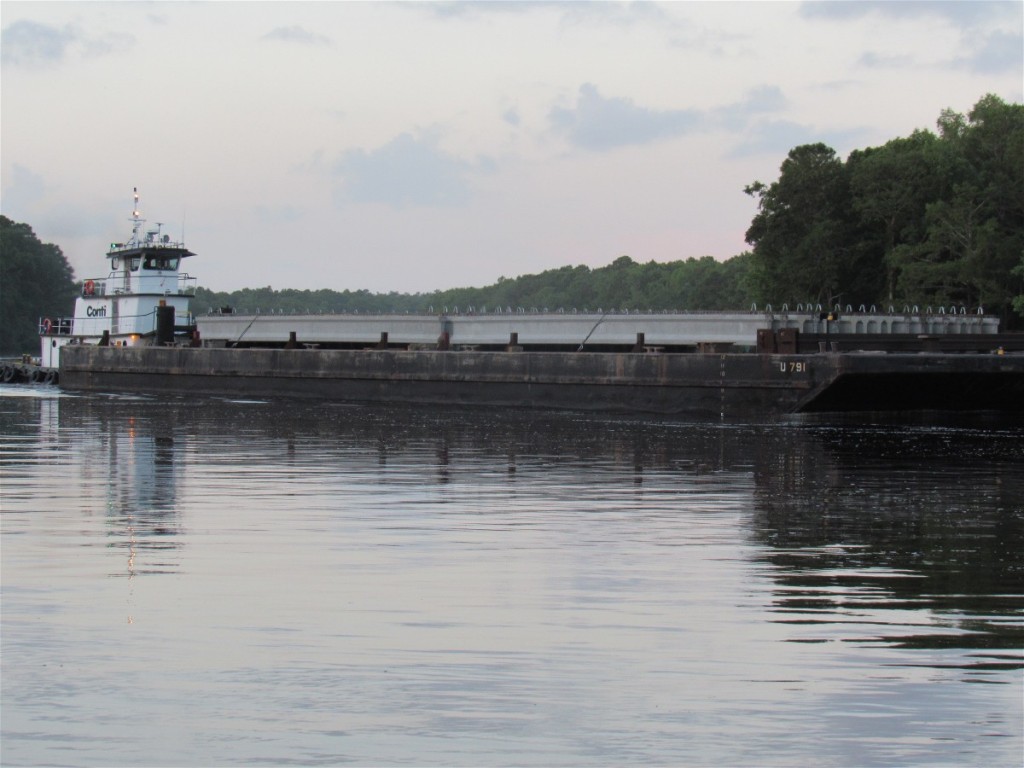 The 103 foot long three masted steel schooner “Steel Away” was anchored across from Wacca Wache. The owner is having health problems and can’t finish the boat (a labor of love since 1989). It’s for sale. 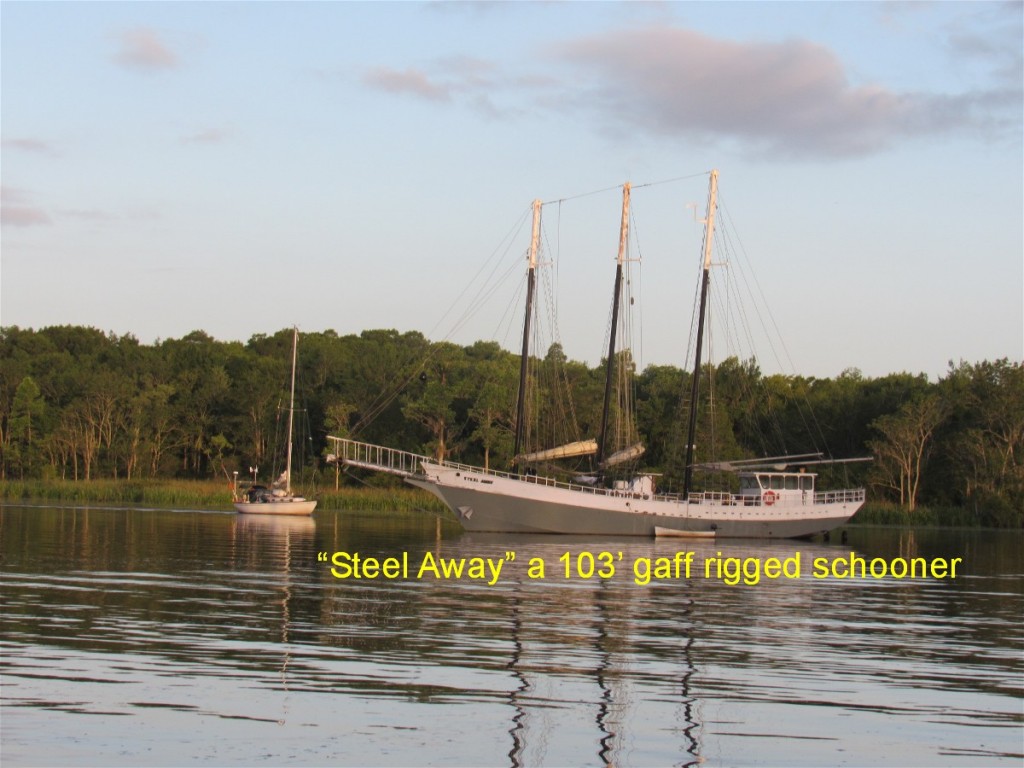 The ICW can give you a twist and wrong turn. We made one at a particularly obscure location and, while returning to the actual route, was visited by this dragonfly. 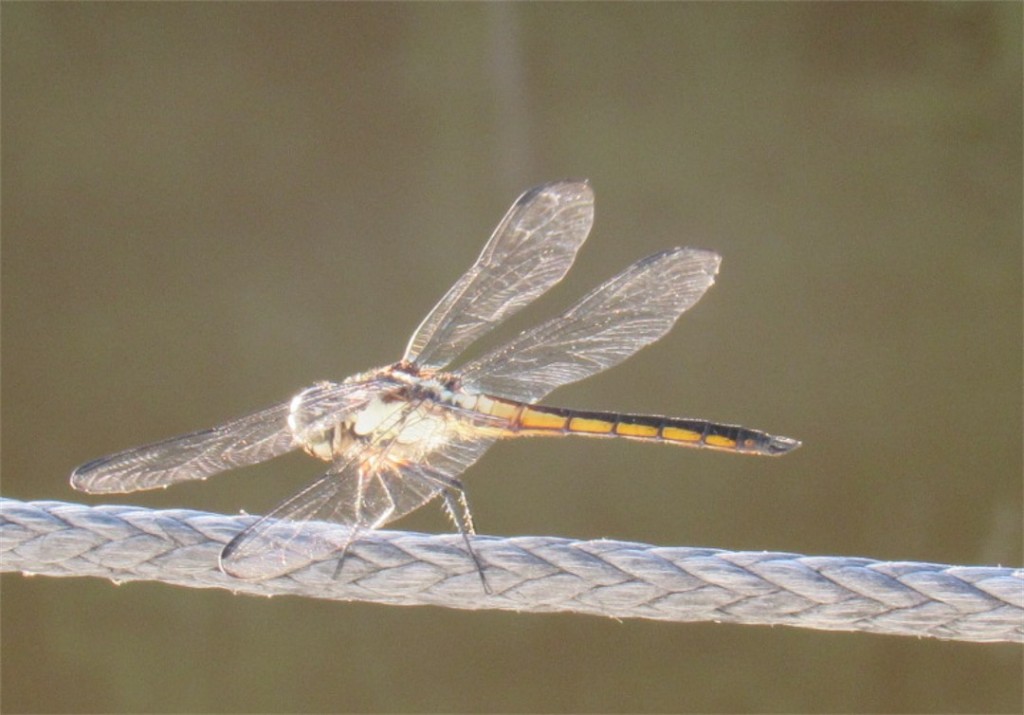 We stayed pretty busy with the Myrtle Beach stretch of the ICW and so have zip for photos. Fortunately we had no close calls in the area referred to as The Rock Piles. An Endeavour Cat, from Montana, did run up on a ledge though. Fortunately they were able to back off without significant damage.

We stayed the night at Bird Island at the Little River Inlet and motored off shore to the Cape Fear River. It took about six hours to make the trip from inlet to inlet.

Southport was a welcoming sight on May 31st. We had made our goal of being at Deep Point Marina for June 1st!!